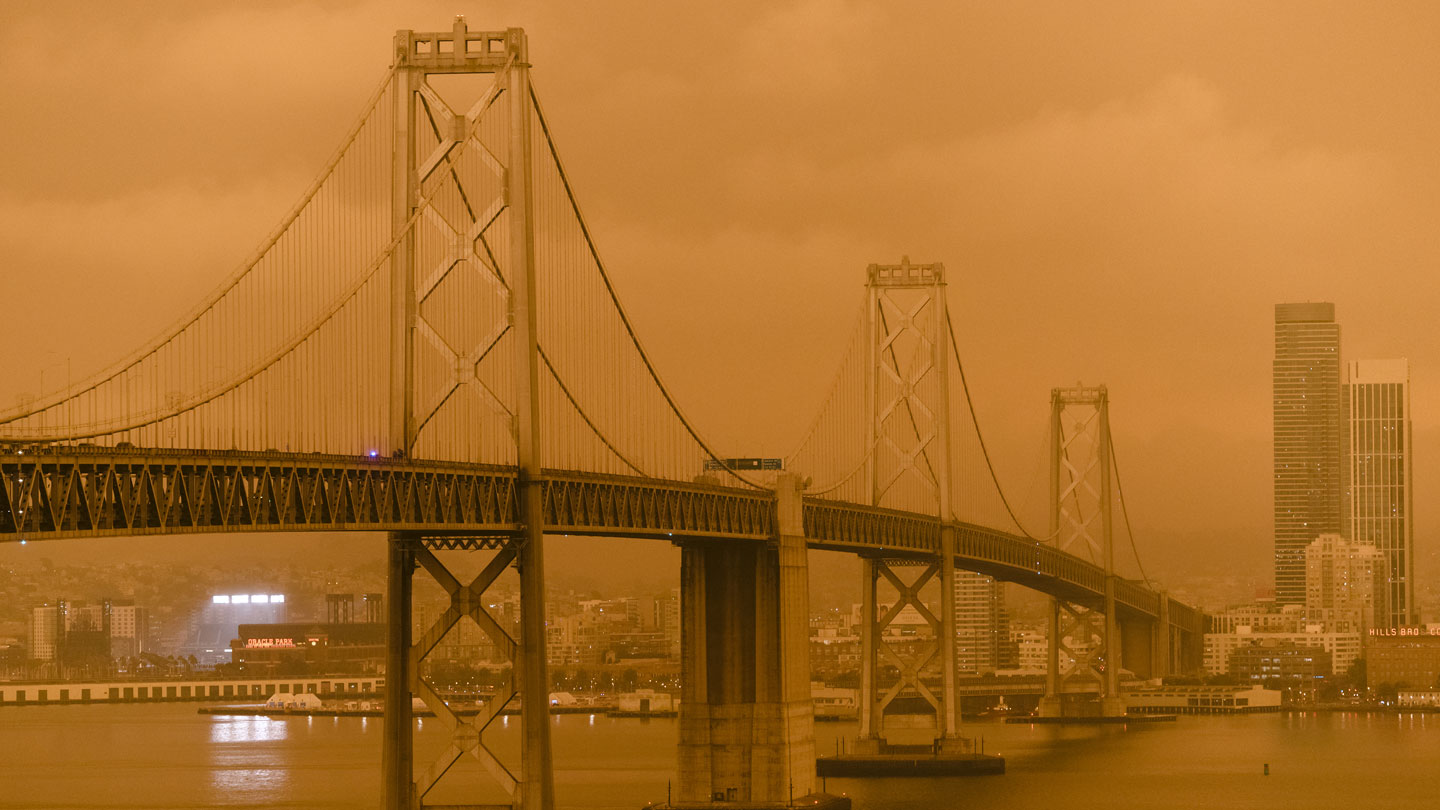 Wildfire smoke may ramp up toxic ozone production in cities

Wildfire smoke and urban air pollution bring out the worst in each other.

As wildfires rage, they transform their burned fuel into a complex chemical cocktail of smoke. Many of these airborne compounds, including ozone, cause air quality to plummet as wind carries the smoldering haze over cities. But exactly how — and to what extent — wildfire emissions contribute to ozone levels downwind of the fires has been a matter of debate for years, says Joel Thornton, an atmospheric scientist at the University of Washington in Seattle.

Atmospheric ozone is a major component of smog that can trigger respiratory problems in humans and wildlife (SN: 1/4/21). Many ingredients for making ozone — such as volatile organic compounds and nitrogen oxides — can be found in wildfire smoke, says Lu Xu, an atmospheric chemist currently at the National Oceanographic and Atmospheric Administration Chemical Sciences Laboratory in Boulder, Colo. But a list of ingredients isn’t enough to replicate a wildfire’s ozone recipe. So Xu and colleagues took to the sky to observe the chemistry in action.

Through a joint project with NASA and NOAA, the researchers worked with the Fire Influence on Regional to Global Environments and Air Quality flight campaign to transform a jetliner into a flying laboratory. In July and August 2019, the flight team collected air samples from smoldering landscapes across the western United States. As the plane passed headlong through the plumes, instruments onboard recorded the kinds and amounts of each molecule detected in the haze. By weaving in and out of the smoke as it drifted downwind from the flames, the team also analyzed how the plume’s chemical composition changed over time.

Using these measurements along with the wind patterns and fuel from each wildfire sampled, the researchers created a straightforward equation to calculate ozone production from wildfire emissions. “We took a complex question and gave it a simple answer,” says Xu, who did the work while at Caltech.

As expected, the researchers found that wildfire emissions contain a dizzying array of organic compounds and nitrogen oxide species among other molecules that contribute to ozone formation. Yet their analysis showed that the concentration of nitrogen oxides decreases in the hours after the plume is swept downwind. Without this key ingredient, ozone production slows substantially.

Air pollution from cities and other urban areas is chock full of noxious gases. So when wildfire smoke wafts over cityscapes, a boost of nitrous oxides could jump-start ozone production again, Xu says.

In a typical fire season, mixes like these could increase ozone levels by as much as 3 parts per billion in the western United States, the researchers estimate. This concentration is far below the U.S. Environmental Protection Agency’s health safety standard of 70 parts per billion, but the incremental increase could still pose a health risk to people who are regularly exposed to smoke, Xu says.

With climate change increasing the frequency and intensity of wildfires, this new ozone production mechanism has important implications for urban air quality, says Qi Zhang, an atmospheric chemist at the University of California, Davis who was not involved in the study (SN: 9/18/20). She says the work provides an “important missing link” between wildfire emissions and ozone chemistry.

The findings may also pose a challenge for environmental policy makers, says Thornton, who was not involved in the research. Though state and local authorities set strict regulations to limit atmospheric ozone, wildfire smoke may undermine those strategies, he says. This could make it more difficult for cities, especially in the western United States, to meet EPA ozone standards despite air quality regulations.