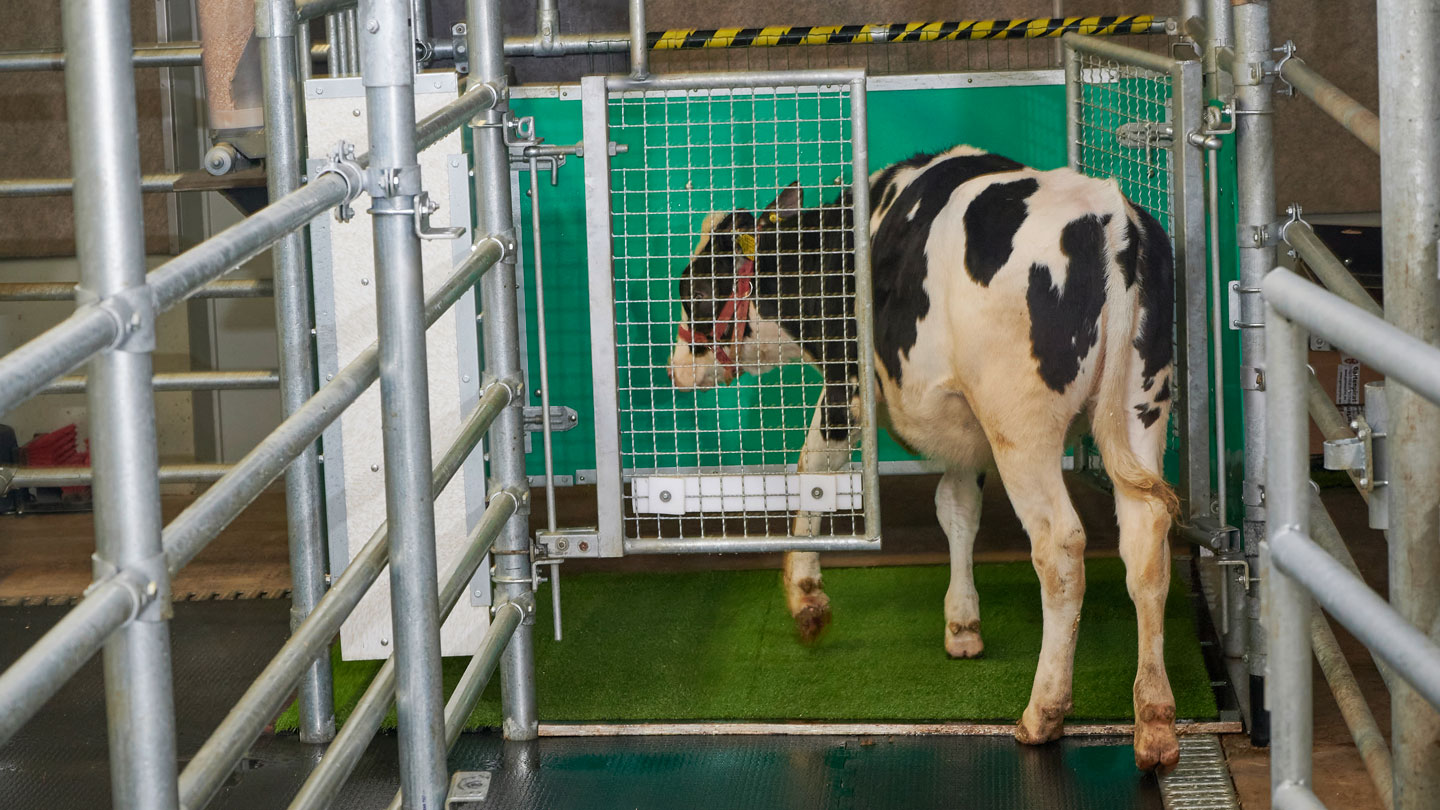 You can lead a cow to a water closet, but can you make it pee there? It turns out that yes, you can.

Researchers in Germany successfully trained cows to use a small, fenced-in area with artificial turf flooring as a bathroom stall. This could allow farms to easily capture and treat cow urine, which often pollutes air, soil and water, researchers report online September 13 in Current Biology. Components of that urine, such as nitrogen and phosphorus, could also be used to make fertilizer (SN: 4/6/21).

The average cow can pee tens of liters per day, and there are some 1 billion cattle worldwide. In barns, cow pee typically mixes with poop on the floor to create a slurry that emits the air pollutant ammonia (SN: 1/4/19). Out in pastures, cow pee can leach into nearby waterways and release the potent greenhouse gas nitrous oxide (SN: 6/9/14).

“I’m always of the mind, how can we get animals to help us in their management?” says Lindsay Matthews, a self-described cow psychologist who studies animal behavior at the University of Auckland in New Zealand. Matthews and colleagues set out to potty train 16 calves, which had the free time to learn a new skill. “They’re not so involved with milking and other systems,” he says. “They’re basically just hanging out, eating a bit of food, socializing and resting.”

Matthews was optimistic about the cows’ potty-training prospects. “I was convinced that we could do it,” he says. Cows “are much, much smarter than people give them credit for.” Each calf got 45 minutes of what the team calls “MooLoo training” per day. At first, the researchers enclosed the calves inside the makeshift bathroom stall and fed the animals a treat every time they peed.

Once the calves made the connection between using the bathroom stall and receiving a treat, the team positioned the calves in a hallway leading to the stall. Whenever animals visited the little cows’ room, they got a treat; whenever calves peed in the hallway, the team spritzed them with water. “We had 11 of the 16 calves [potty trained] within about 10 days,” Matthews says. The remaining cows “are probably trainable too,” he adds. “It’s just that we didn’t have enough time.”

Lindsay Whistance, a livestock researcher at the Organic Research Centre in Cirencester, England, is “not surprised by the results.” With proper training and motivation, “I fully expected cattle to be able to learn this task,” says Whistance, who was not involved in the study. The practicality of potty training cows on a large scale, she says, is another matter.

For MooLoo training to become a widespread practice, “it has to be automated,” Matthews says. “We want to develop automated training systems, automated reward systems.” Those systems are still far from reality, but Matthews and colleagues hope they could have big impacts. If 80 percent of cow pee were collected in latrines, for instance, that could cut associated ammonia emissions in half, previous research suggests.

“It’s those ammonia emissions that are key to the real environmental benefit, as well as potential for reducing water contamination,” says Jason Hill, a biosystems engineer at the University of Minnesota in St. Paul not involved in the work. “Ammonia from cattle is a major contributor to reduced human health,” he says (SN: 1/16/09). So potty training cattle could help create cleaner air — as well as a cleaner, more comfortable living space for cows themselves.