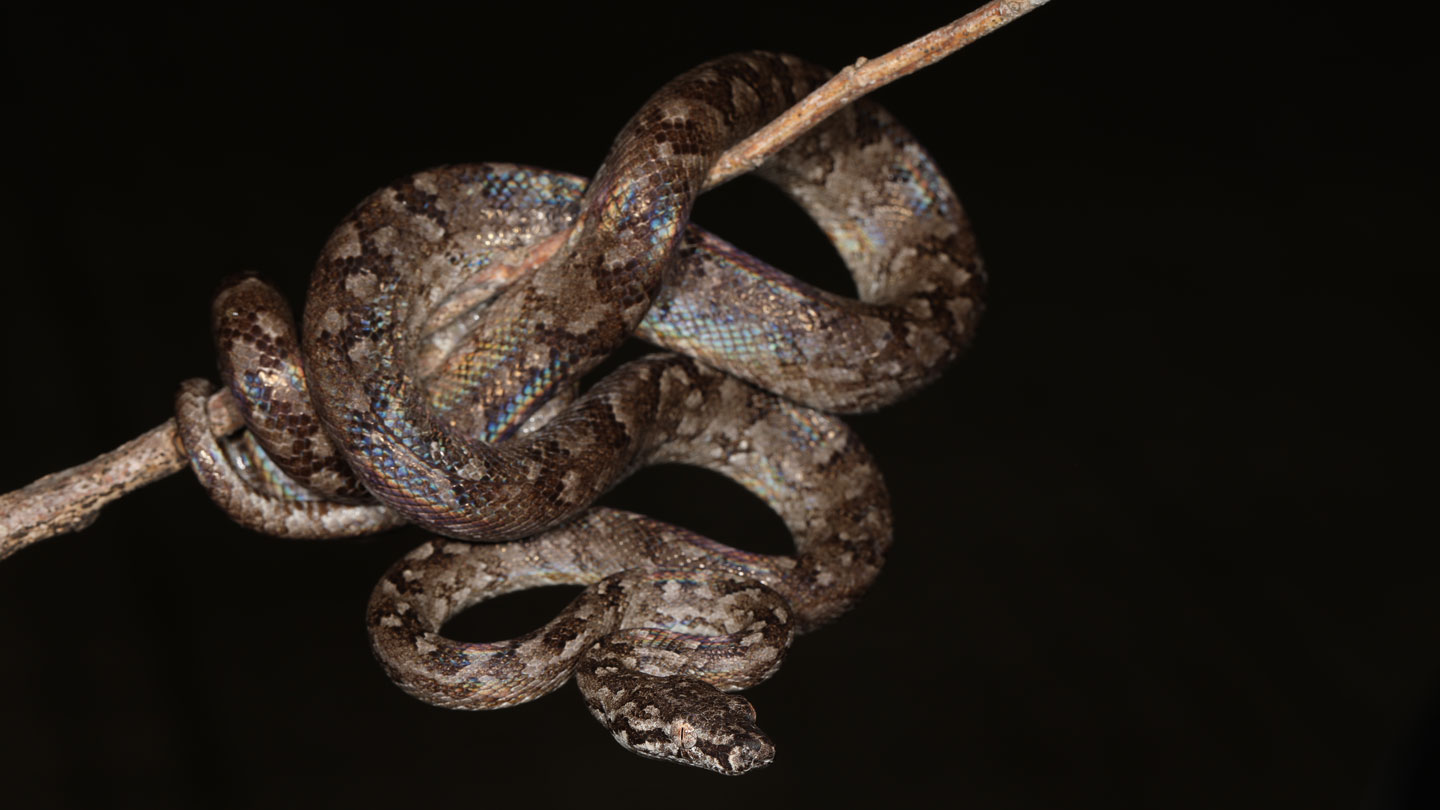 A newfound boa sports big eyes and a square nose

A wide-eyed snake has made scientists do a double take. The Hispaniolan vineboa, with its large protruding eyes and square snout, is the first boa species to be discovered in the Dominican Republic in more than a century.

Naturalist Miguel Landestoy of the Universidad Autónoma de Santo Domingo in the Dominican Republic and colleagues discovered the snake, Chilabothrus ampelophis, slithering in a patch of mountainous dry forest near the country’s southwestern border with Haiti on the island of Hispaniola. The last time researchers described a new boa species on the island was in 1888.

“The fact that an animal could have gone undetected for so long on this island that has a lot of people on it is pretty remarkable,” says R. Graham Reynolds, a herpetologist at the University of North Carolina Asheville.

What’s more, the Hispaniolan vineboa may be among the smallest boas in the world, Reynolds, Landestoy and colleague Robert Henderson of the Milwaukee Public Museum report August 17 in Breviora. Adult boa species typically reach 2 meters or more in length (SN: 10/13/09). The longest Hispaniolan vineboa that the team found, an adult female, measures less than 1 meter. The shortest, probably a juvenile male, is less than a half meter long.

Compared with the three other boa species found on the island, the Hispaniolan vineboa’s small size, large eyes and dark, zigzag patterned scales tipped off the researchers that they had spotted something new. Genetic analyses and close inspections five different snakes plus one shed skin confirmed the team’s hunch that the Hispaniolan vineboa is a species new to science.

But the species may already be in trouble. All serpents that the team found were within one kilometer of each other. That’s “a little bit alarming in the sense that they might be restricted to a very small area,” Reynolds says. Agricultural activities such as charcoal burning threaten the species’ habitat. The team’s next steps will be to figure out the boa’s true range and how big individuals can get.