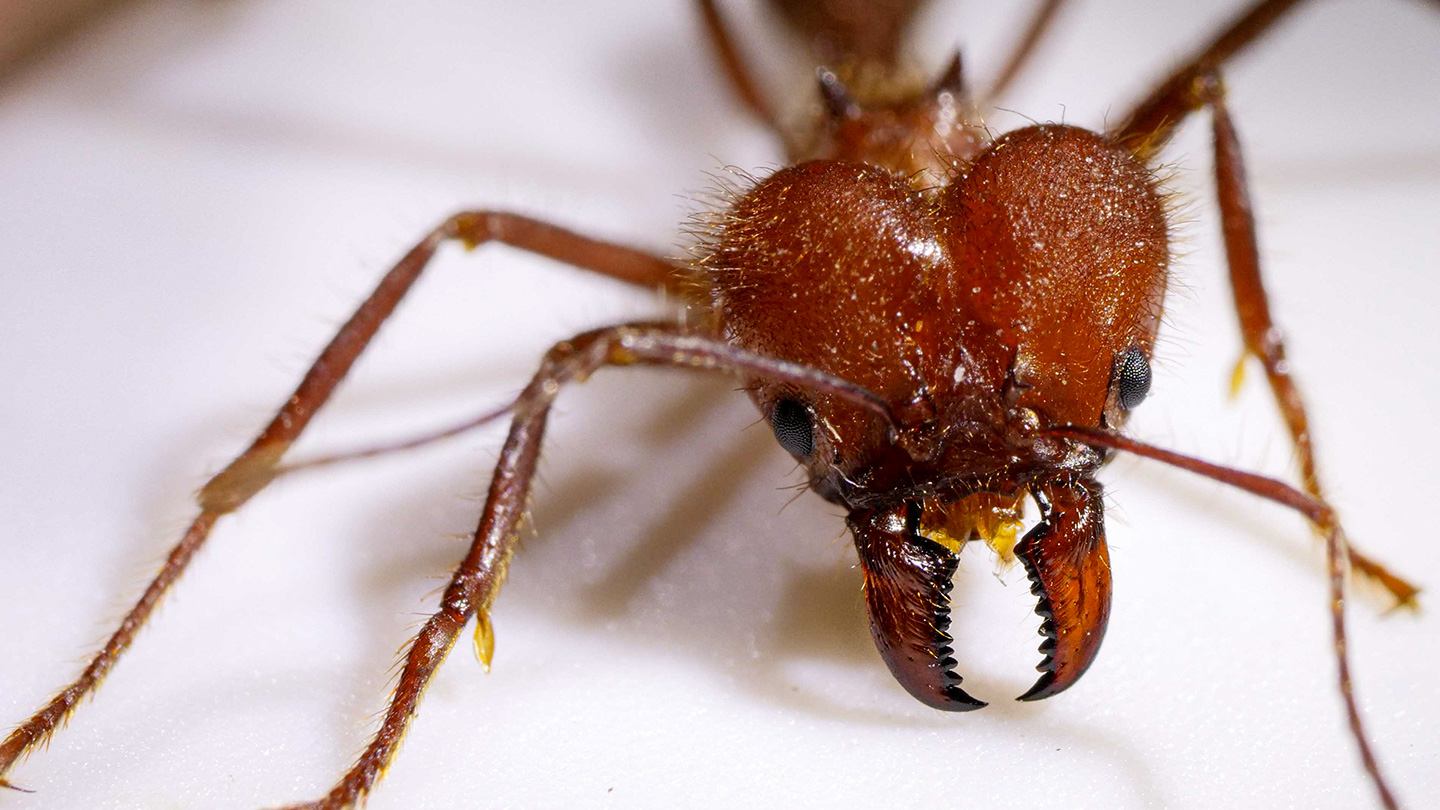 How metal-infused jaws give some ants an exceptionally sharp bite

By Bruce Boitnott on 8th September 2021 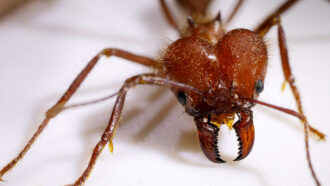 If you’ve ever felt the wrath of a biting or stinging insect, it may seem incredible that something so small can so easily slice or puncture human skin.

Scientists already knew that some small animals’ piercing and slashing body parts are infused with metals such as zinc and manganese, making the parts tough and durable. Now, a study published September 1 in Scientific Reports shows how these toollike appendages form hard and extremely sharp cutting edges.

Robert Schofield, a physicist at the University of Oregon in Eugene, and colleagues used a special microscope to examine the sharp “teeth” that line the jaws of leaf-cutting ants called Atta cephalotes, revealing the teeth’s atomic structure (SN: 11/24/20). The team found that zinc atoms were dispersed homogeneously, rather than in chunks, throughout a single tooth. This uniformity allows the ants to grow much thinner, sharper blades, since “chunks of mineral limit how sharp the tool can be,” Schofield says.

The team also tested a suite of properties of these metal-infused materials, known as heavy element biomaterials, in ant teeth, spider fangs, scorpion stingers and marine worm jaws, among others. These structures are stiffer and more damage resistant than biomineralized materials, like the calcium phosphate typically found in teeth or the combination of calcium carbonate and the protein chitin in many arthropod shells, the team found. The metal-fortified body parts have “the kinds of properties that you want in a knife or needle,” Schofield says.

The team estimates that the zinc-infused teeth of A. cephalotes allow it to puncture and cut using only about 60 percent of the energy and muscle mass it would otherwise.

By making these sharp, precisely sculpted tools, ants and other small animals can make up for their tiny muscles, allowing them to acquire and process foods that would normally be beyond their reach.