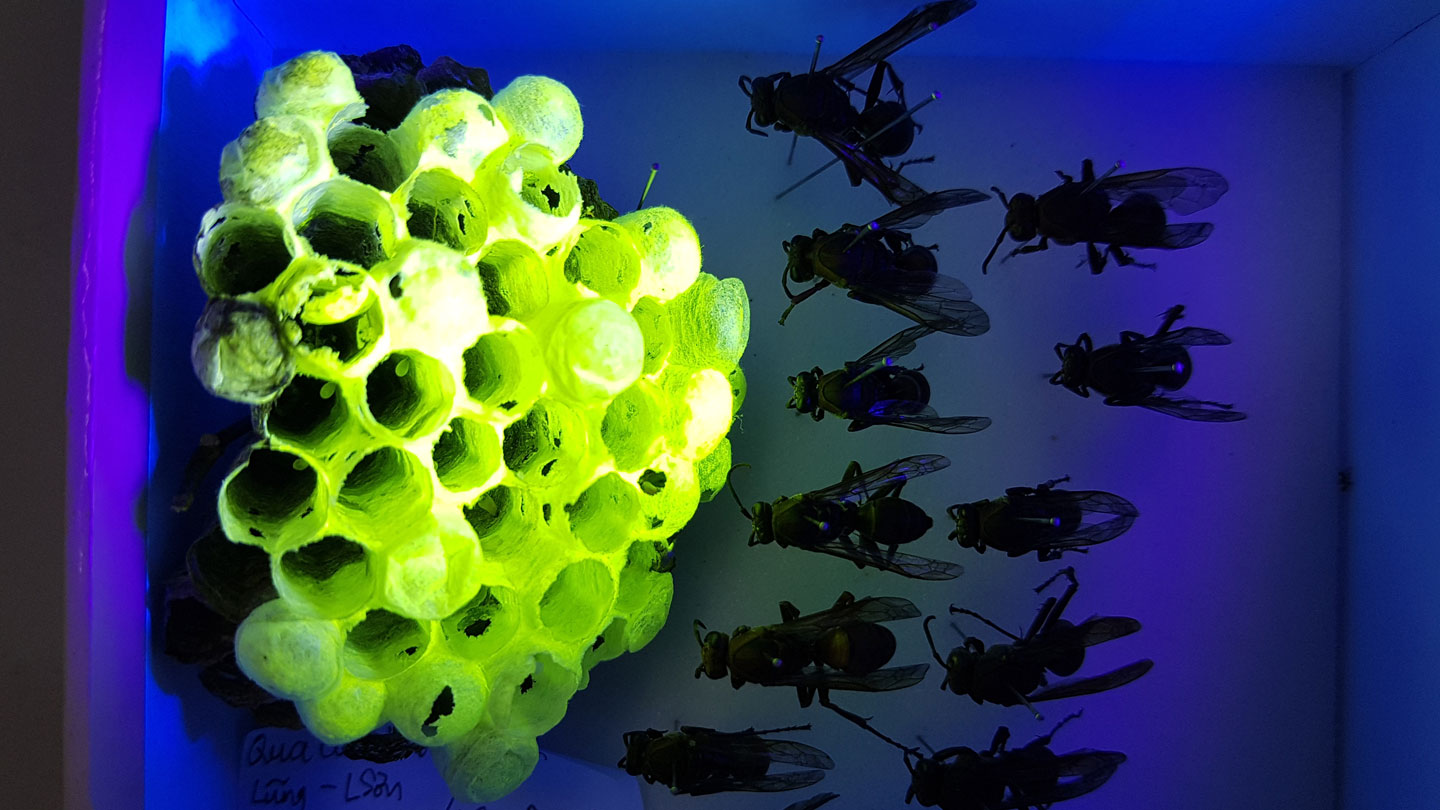 By Bruce Boitnott on 5th September 2021


Beam a black light into some Vietnamese forests at night, and brilliant green bulbs may glow in the trees. These eerie lanterns are the nests of several species of Asian paper wasps, and the gleam comes from silk fibers in the nests that fluoresce when struck by ultraviolet light, researchers report in the August Journal of the Royal Society Interface.

“When you see it, it’s just magic,” says chemist Bernd Schöllhorn of the Molecular Electrochemistry Lab at the University of Paris and CNRS.

Schöllhorn and colleagues discovered the nests while searching forests in Vietnam for fluorescent insects using powerful UV torches. “It looked like somebody turned on a flashlight in the forest, but nobody was there,” he says.

Fluorescence occurs throughout the animal kingdom. Platypuses, scorpions and polka dot tree frogs, for example, all fluoresce under UV light (SN: 11/6/20; SN: 4/3/17). After analyzing the fluorescence of the nests of some Asian paper wasps (Polistes spp.) in the lab, the researchers found that silk threads in the nests glow more brilliantly than other documented fluorescent biomaterials.

The nests of one wasp species, P. brunetus, emitted about one-third as much light as they absorbed. And in some cases, the nests were visible by the naked eye from up to 20 meters away. “We haven’t seen any other example like that,” Schöllhorn says. The fluorescence must benefit the wasps somehow, the researchers say, though it’s unclear how. One hypothesis is that the nests protect larvae inside from UV radiation by absorbing some of the harmful energy and dissipating it as visible light, Schöllhorn says (SN: 10/13/20). Or, as the sun directly casts its last UV light at the end of the day, the nests might shine bright enough amid the darkening foliage to help wayward wasps find home, like beacons at twilight.