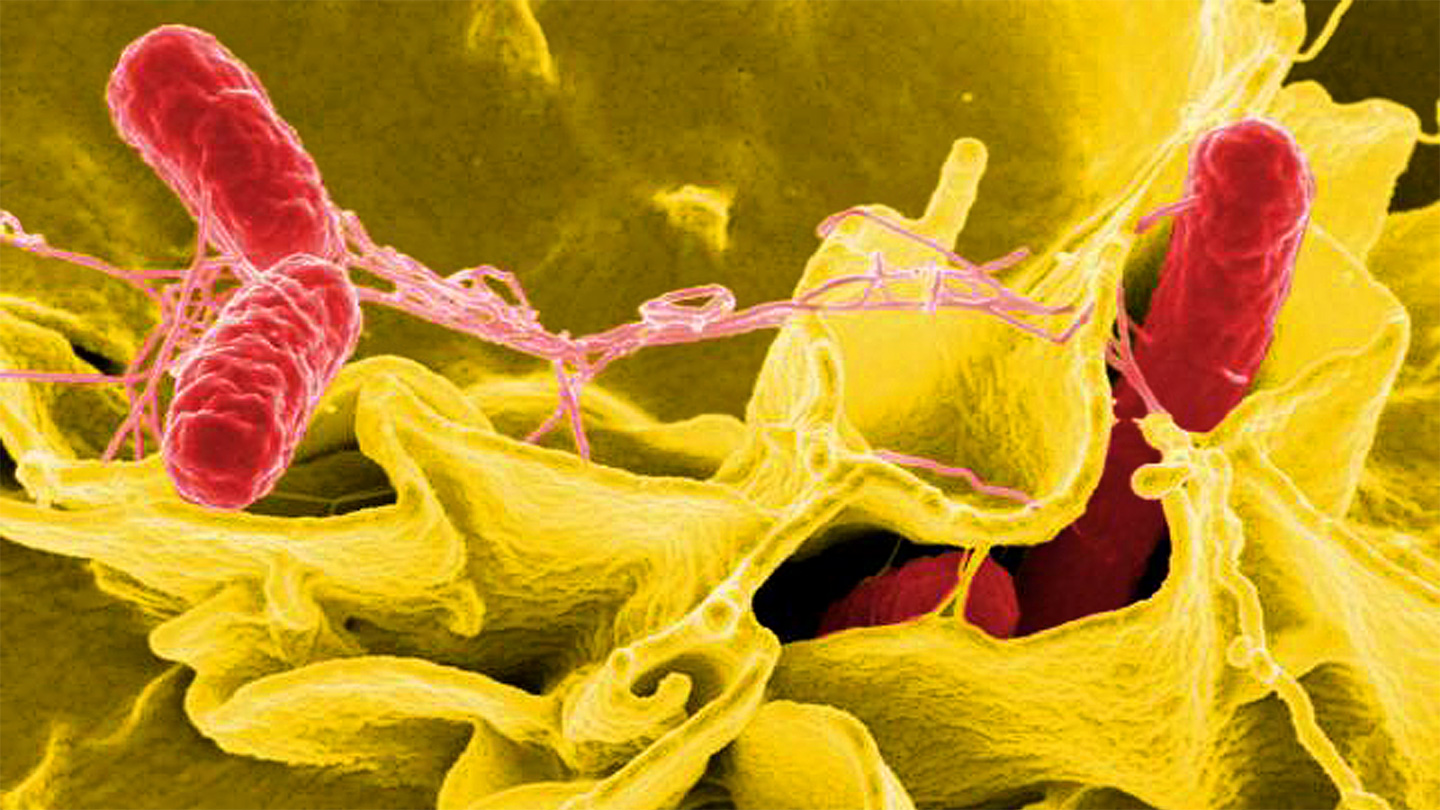 Human cells make a soaplike substance that busts up bacteria

When faced with bacterial invaders, some human cells dispense a surprising substance: soap.

These cells, which aren’t part of the immune system, unleash a detergent-like protein that dissolves chunks of the inner membranes of bacteria, killing the infiltrators, researchers report in the July 16 Science.

The “professional” players of the immune system, like antibodies or white blood cells, get lots of attention, but “all cells are endowed with some ability to combat infection,” says immunologist John MacMicking, a Howard Hughes Medical Institute investigator at Yale University.

In humans, these run-of-the-mill cellular defenses have often been overlooked, MacMicking says, even though they are part of “an ancient and primordial defense system” and could inform the development of treatments for new infections.

Often, nonimmune cells rely on a warning from their professional counterparts to combat infections. Upon detecting outsiders, specialized immune cells release an alarm signal called interferon gamma. That signal rouses other cells, including epithelial cells that line the throat and intestines and are often targeted by pathogens, to action.

MacMicking and colleagues looked for the molecular basis of that action by infecting laboratory versions of human epithelial cells with Salmonella bacteria, which can exploit cells’ nutrient-rich interior. Then, the team screened over 19,000 human genes, looking for those that conferred some protection from infection.

One gene, which contains instructions for a protein called APOL3, stood out. When this gene was disabled, the epithelial cells succumbed to a Salmonella infection, even when warned by interferon gamma. Zooming in on APOL3 molecules in action inside host cells with high-powered microscopy, the researchers found that the protein swarms invading bacteria and somehow kills them.

Salmonella are hardy microbes, protected by an outer and inner membrane, a feature shared by many different forms of bacteria. This double layer renders these bacteria hard to kill, but further investigation revealed how APOL3 and another molecule, GBP1, work together to do it. GBP1 somehow loosens the bacteria’s outer membrane, opening doors for APOL3 to deliver its death-by-dissolution to the inner lipid membrane. APOL3 has both water-loving and lipid-loving parts, letting it to bind to the inner membrane and dissolve it into the intracellular fluid, like soap washing away grease.

“We were a bit surprised to find detergent-like activity inside human cells,” MacMicking says, given such a molecule could dissolve host membranes too. But the researchers found that APOL3 specifically targets lipids found in bacteria, and its activity is blocked by cholesterol, a common component of mammalian cell membranes, leaving human tissues unaffected.

“Everything about these findings is supercool,” says Jessica Brinkworth, an evolutionary immunologist at the University of Illinois at Urbana-Champaign who was not involved in the study. Many infections start in these epithelial cells, and understanding how they fight back is crucial to developing future treatments, she says.

“The really interesting finding is how the APOL3 is able to distinguish between bacterial membranes and host membranes,” she says. That evolution found such an elegant way to control this powerful tool “is a beautiful thing.”