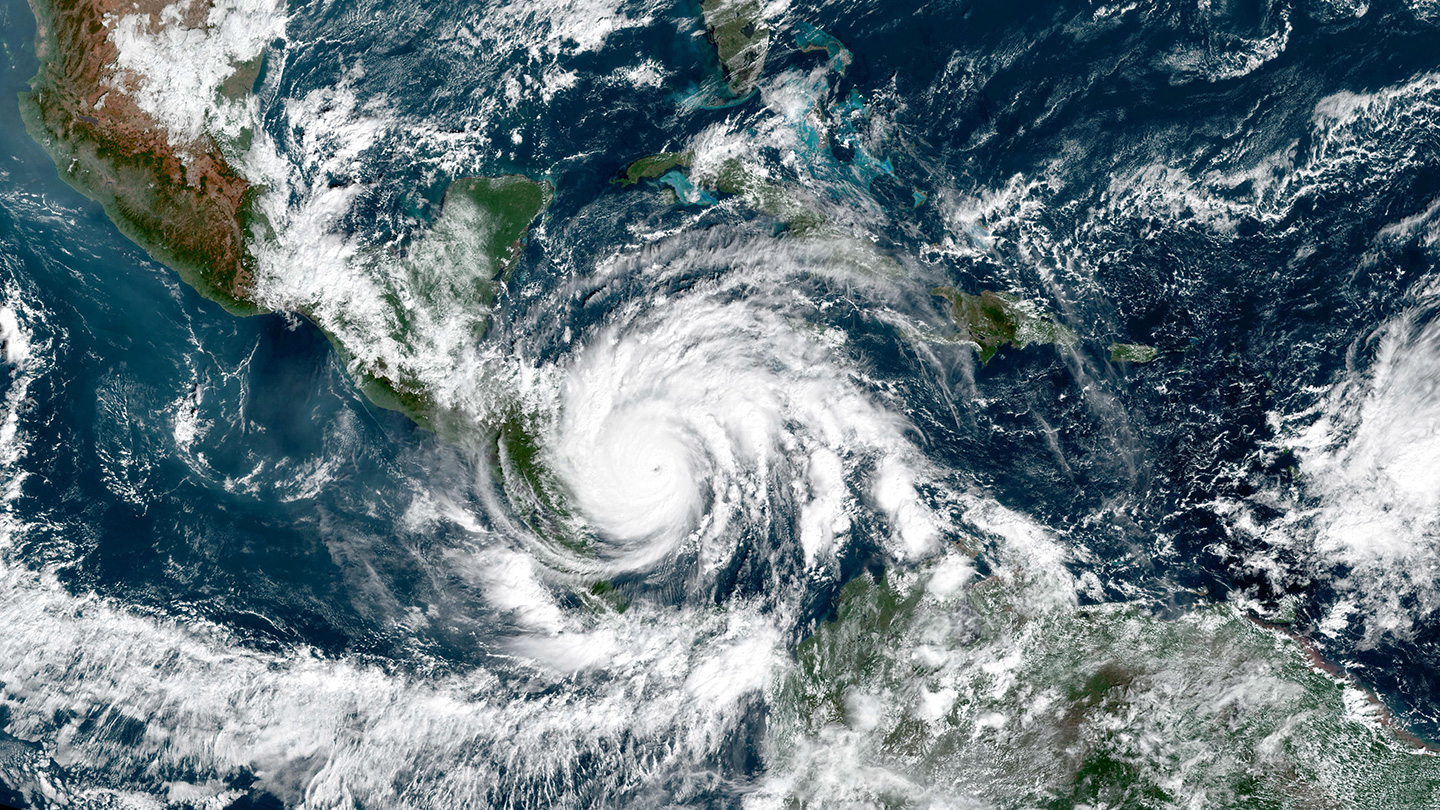 Hurricanes may not be becoming more frequent, but they’re still more dangerous


Climate change is helping Atlantic hurricanes pack more of a punch, making them rainier, intensifying them faster and helping the storms linger longer even after landfall. But a new statistical analysis of historical records and satellite data suggests that there aren’t actually more Atlantic hurricanes now than there were roughly 150 years ago, researchers report July 13 in Nature Communications.

The record-breaking number of Atlantic hurricanes in 2020, a whopping 30 named storms, led to intense speculation over whether and how climate change was involved (SN: 12/21/20). It’s a question that scientists continue to grapple with, says Gabriel Vecchi, a climate scientist at Princeton University. “What is the impact of global warming — past impact and also our future impact — on the number and intensity of hurricanes and tropical storms?”

Satellite records over the last 30 years allow us to say “with little ambiguity how many hurricanes, and how many major hurricanes [Category 3 and above] there were each year,” Vecchi says. Those data clearly show that the number, intensity and speed of intensification of hurricanes has increased over that time span.

But “there are a lot of things that have happened over the last 30 years” that can influence that trend, he adds. “Global warming is one of them.” Decreasing aerosol pollution is another (SN: 11/21/19). The amount of soot and sulfate particles and dust over the Atlantic Ocean was much higher in the mid-20th century than now; by blocking and scattering sunlight, those particles temporarily cooled the planet enough to counteract greenhouse gas warming. That cooling is also thought to have helped temporarily suppress hurricane activity in the Atlantic.

To get a longer-term perspective on trends in Atlantic storms, Vecchi and colleagues examined a dataset of hurricane observations from the U.S. National Oceanic and Atmospheric Administration that stretches from 1851 to 2019. It includes old-school observations by unlucky souls who directly observed the tempests as well as remote sensing data from the modern satellite era.

How to directly compare those different types of observations to get an accurate trend was a challenge. Satellites, for example, can see every storm, but earlier observations will count only the storms that people directly experienced. So the researchers took a probabilistic approach to fill in likely gaps in the older record, assuming, for example, that modern storm tracks are representative of pre-satellite storm tracks to account for storms that would have stayed out at sea and unseen. The team found no clear increase in the number of storms in the Atlantic over that 168-year time frame. One possible reason for this, the researchers say, is a rebound from the aerosol pollution–induced lull in storms that may be obscuring some of the greenhouse gas signal in the data.

More surprisingly — even to Vecchi, he says — the data also seem to show no significant increase in hurricane intensity over that time. That’s despite “scientific consistency between theories and models indicating that the typical intensity of hurricanes is more likely to increase as the planet warms,” Vecchi says. But this conclusion is heavily caveated — and the study also doesn’t provide evidence against the hypothesis that global warming “has acted and will act to intensify hurricane activity,” he adds.

Climate scientists were already familiar with the possibility that storm frequency might not have increased much in the last 150 or so years — or over much longer timescales. The link between number of storms and warming has long been uncertain, as the changing climate also produces complex shifts in atmospheric patterns that could take the hurricane trend in either direction. The Intergovernmental Panel on Climate Change noted in a 2012 report that there is “low confidence” that tropical cyclone activity has increased in the long term.

Geologic evidence of Atlantic storm frequency, which can go back over 1,000 years, also suggests that hurricane frequency does tend to wax and wane every few decades, says Elizabeth Wallace, a paleotempestologist at Rice University in Houston (SN: 10/22/17).

Wallace hunts for hurricane records in deep underwater caverns called blue holes: As a storm passes over an island beach or the barely submerged shallows, winds and waves pick up sand that then can get dumped into these caverns, forming telltale sediment deposits. Her data, she says, also suggest that “the past 150 years hasn’t been exceptional [in storm frequency], compared to the past.”

But, Wallace notes, these deposits don’t reveal anything about whether climate change is producing more intense hurricanes. And modern observational data on changes in hurricane intensity is muddled by its own uncertainties, particularly the fact that the satellite record just isn’t that long. Still, “I liked that the study says it doesn’t necessarily provide evidence against the hypothesis” that higher sea-surface temperatures would increase hurricane intensity by adding more energy to the storm, she says.

Kerry Emanuel, an atmospheric scientist at MIT, says the idea that storm numbers haven’t increased isn’t surprising, given the longstanding uncertainty over how global warming might alter that. But “one reservation I have about the new paper is the implication that no significant trends in Atlantic hurricane metrics [going back to 1851] implies no effect of global warming on these storms,” he says. Looking for such a long-term trend isn’t actually that meaningful, he says, as scientists wouldn’t expect to see any global warming-related hurricane trends become apparent until about the 1970s anyway, as warming has ramped up.

Regardless of whether there are more of these storms, there’s no question that modern hurricanes have become more deadly in many ways, Vecchi says. There’s evidence that global warming has already been increasing the amount of rain from some storms, such as Hurricane Harvey in 2017, which led to widespread, devastating flooding (SN: 9/28/18). And, Vecchi says, “sea level will rise over the coming century … so [increasing] storm surge is one big hazard from hurricanes.”