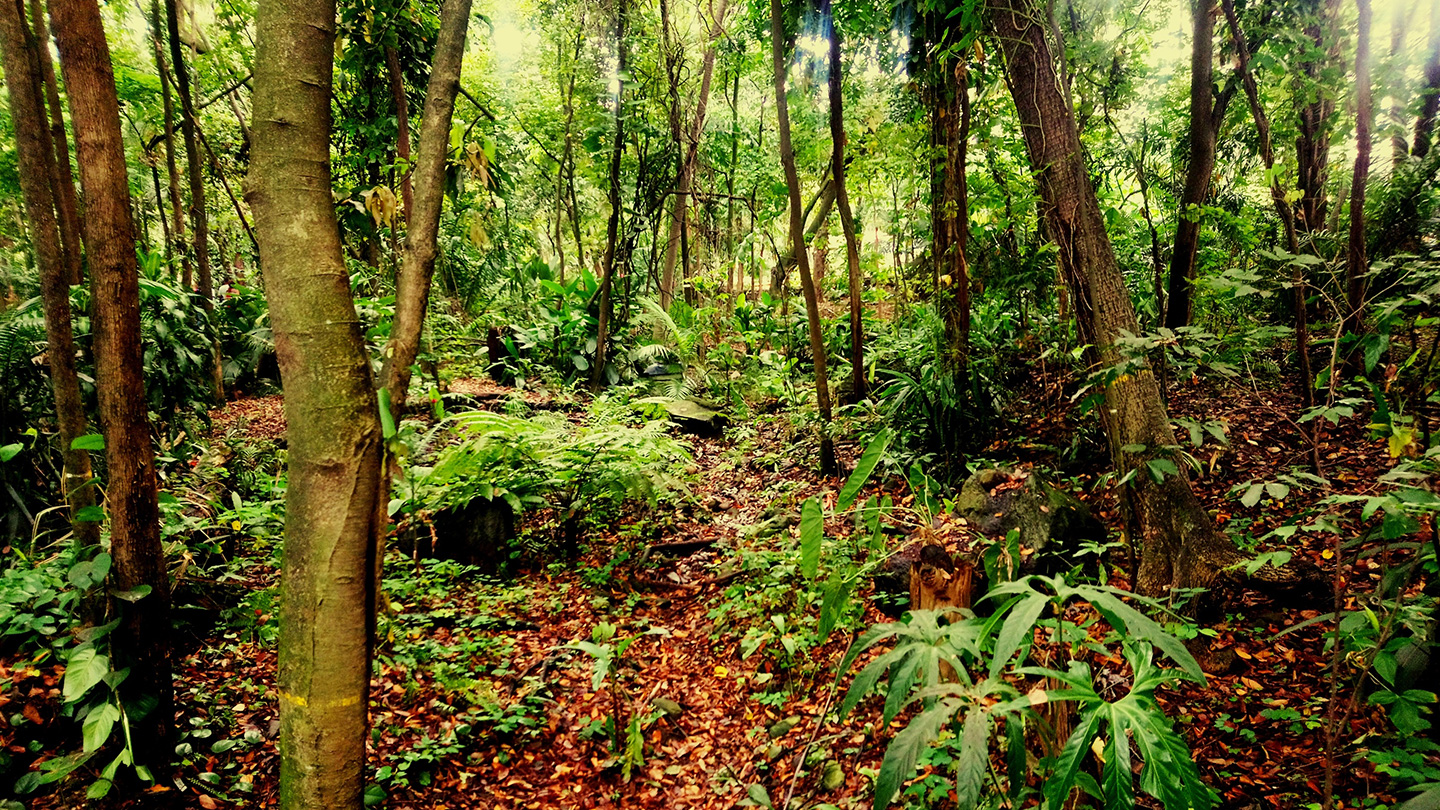 
The day before a giant asteroid hit Earth 66 million years ago, a very different kind of rainforest thrived in what is now Colombia. Ferns unfurled and flowering shrubs bathed in the sunlight that streamed down through large gaps in the canopy between towering conifers.

Then the bolide hit and everything changed (SN: 6/1/20). That impact not only set off a massive extinction event that wiped out more than 75 percent of life on Earth, but it also redefined Earth’s tropical rainforests, transforming them from sun-dappled, open-canopied forests into the dark, dense, lush, dripping forests of today’s Amazon, researchers report April 2 in Science.

The researchers analyzed tens of thousands of fossils of pollen, spores and leaves, collected from 39 sites across Colombia, that were dated to between 70 million and 56 million years ago.  The team then assessed overall forest plant diversity, dominant species and insect-plant interactions, and tracked how these factors shifted. Plant diversity declined by 45 percent in the immediate aftermath of the asteroid strike, the researchers found, and it took 6 million years before the rich diversity of the tropical rainforest rebounded. Even then, the forests were never the same.

“A single historical accident changed the ecological and evolutionary trajectory of tropical rainforests,” says Carlos Jaramillo, a paleopalynologist — someone who studies ancient pollen — at the Smithsonian Tropical Research Institute in Panama City. “The forests that we have today are really the by-product of what happened 66 million years ago.”

Just before the extinction event, tropical forests were a roughly 50-50 mix of angiosperms, or flowering trees and shrubs, and of other plant species such as conifers and ferns. “The competition for light was not that intense,” Jaramillo says. Afterward, ferns and conifers largely vanished, and angiosperms took over to make up about 90 percent of the plant species in the forest.

The reasons why aren’t wholly clear. The region’s climate at the end of the Cretaceous Period 66 million years ago was similar to how it is today: hot and humid. But other factors were likely at work. Huge plant-eating sauropods, the long-necked dinosaurs, would have helped maintain the open gaps, letting light in, Jaramillo says (SN: 11/17/20). Once the asteroid hit, those dinosaurs were out of the picture. Extinction of certain plant families due to the impact also may have played a role, he says.

A third likely factor was a shift in the chemical composition of the forest soil. Frequent rainfall during the warm, wet Cretaceous leached the soils of many nutrients, which would have favored gymnosperms like conifers, says Jaramillo. “The gymnosperms had this amazing ability to grow with very little food, and could outcompete the angiosperms.”

Ashfall fluttering to the ground in the wake of the asteroid impact may have added phosphorus to the soils, effectively fertilizing them, the team suggests. With more food available, angiosperms readily outcompeted the gymnosperms, swiftly growing skyward and blocking out the sunlight.

This thick, closed canopy appeared soon after the impact, but overall forest diversity took much longer to recover, as new species began to evolve to occupy new ecological niches. This was also true of the many insect species that had once feasted on the plants, the researchers found. Leaf fossils bear traces of the different types of interactions between herbivorous insects and plants, from creatures that strip leaves to their skeletons to those that drill careful holes through them.

“Generalist” insects and other plant-munching groups that can make do with many different types of plants for food “seemed to squeak through largely unaffected,” says coauthor Conrad Labandeira, a paleoecologist at the Smithsonian National Museum of Natural History in Washington, D.C. (SN: 1/25/17). “The specialist interactions that got really creamed were things like leaf miners and piercers and suckers,” which are more dependent on particular plant types, Labandeira says.

This is the first comprehensive picture of what happened in tropical ecosystems right after the extinction event, says paleoecologist Elena Stiles of the University of Washington in Seattle, who was not connected with the study. Most previous work on the chunks of time immediately before and after the extinction event — the very end of the Cretaceous and the start of the Paleogene Period — comes from North America, or from much farther south, such as in Patagonia, Stiles says (SN: 4/2/19). “In the tropics, there is no place where we have the boundary [between periods] preserved, [and] we have the limitation of a very fragmentary fossil record.”

Also striking, Stiles says, is the possibility that this finding may help answer a longstanding question about South America’s astonishing biodiversity. “For a long time, people have wondered where all of this diversity comes from,” she says. Researchers have speculated, for example, that the continent’s climate or its long isolation from other continents may be responsible. “So it’s really interesting that this mass extinction event could have been one of the mechanisms that shaped it to be this unique region,” she says.