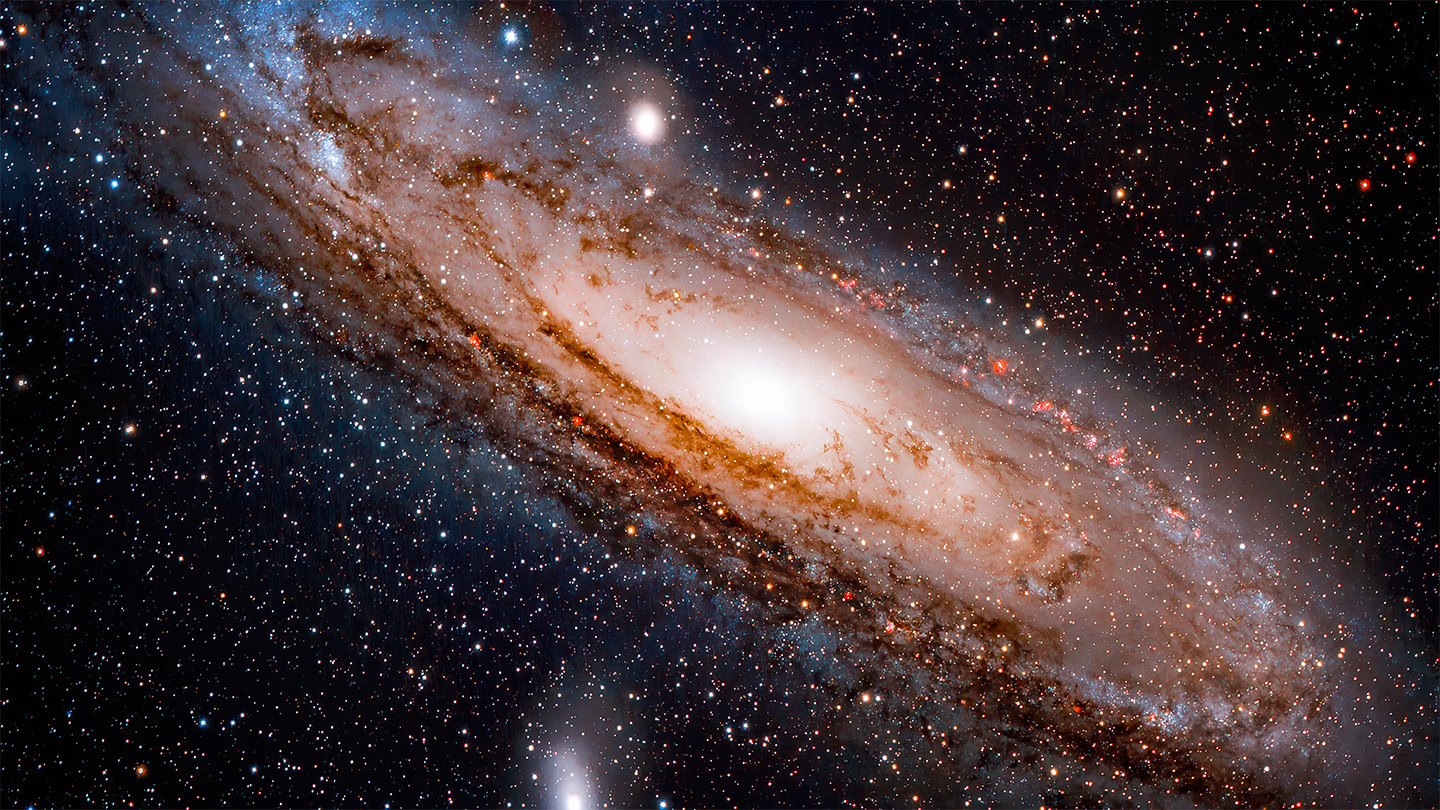 Andromeda’s and the Milky Way’s black holes will collide. Here’s how it may play out 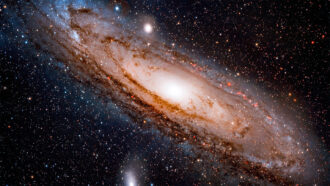 The supermassive black holes at the centers of the Milky Way and Andromeda galaxies are doomed to engulf each other in an ill-fated cosmological dance.

Astronomers have long known that Andromeda is on a collision course with our galaxy (SN: 5/31/12). But not much has been known about what will happen to the gargantuan black holes each galaxy harbors at its core. New simulations reveal their ultimate fate.

The galaxies will coalesce into one giant elliptical galaxy — dubbed “Milkomeda” — in about 10 billion years. Then, the central black holes will begin orbiting one another and finally collide less than 17 million years later, researchers propose February 22 at arXiv.org and in an earlier paper published in Astronomy & Astrophysics. Just before the black holes smash into each other, they’ll radiate gravitational waves with the power of 10 quintillion suns (SN: 2/11/16). Any civilization within 3.25 million light-years from us that has gravitational wave–sensing technology on par with our current abilities would be able to detect the collision, the researchers estimate.

The latest data suggest Andromeda is approaching us at about 116 kilometers per second, says Riccardo Schiavi, an astrophysicist at the Sapienza University of Rome. Using computer simulations that include the gravitational pull of the two spiral galaxies on each other as well as the possible presence of sparse gas and other material between them, Schiavi and his colleagues played out how the galactic collision will unfold.

Previous simulations have suggested that Andromeda and the Milky Way are scheduled for a head-on collision in about 4 billion to 5 billion years. But the new study estimates that the two star groups will swoop closely past each other about 4.3 billion years from now and then fully merge about 6 billion years later.

The team’s estimate for Milkomeda’s merger date “is a bit longer than what other teams have found,” says Roeland van der Marel, an astronomer at the Space Telescope Science Institute in Baltimore who was not involved in the research. However, he notes, that could be due in part to uncertainty in the measurement of Andromeda’s speed across the sky.